By continuing your visit to this site, you accept the use of our cookies to make visits statistics. Your data is never shared with third parties. Read more 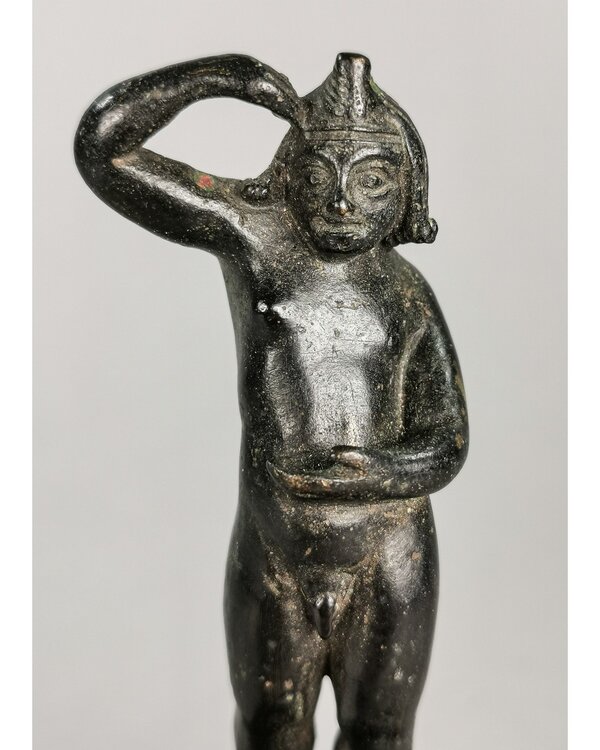 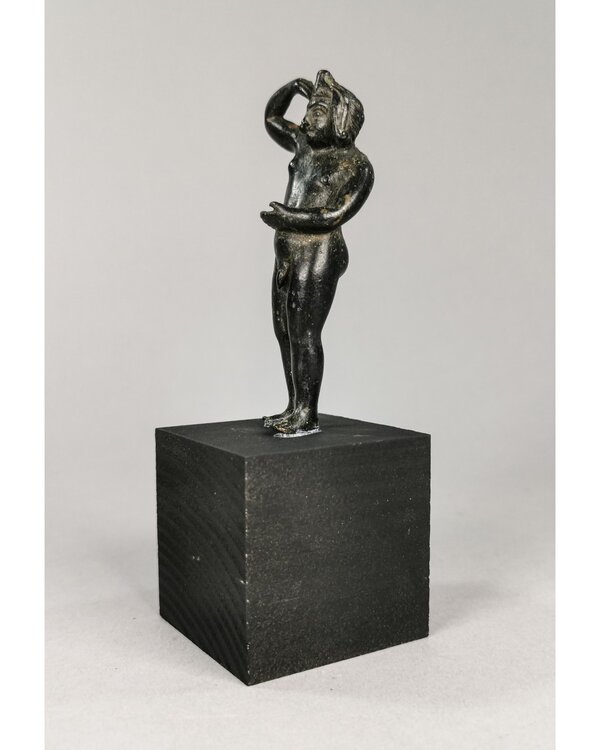 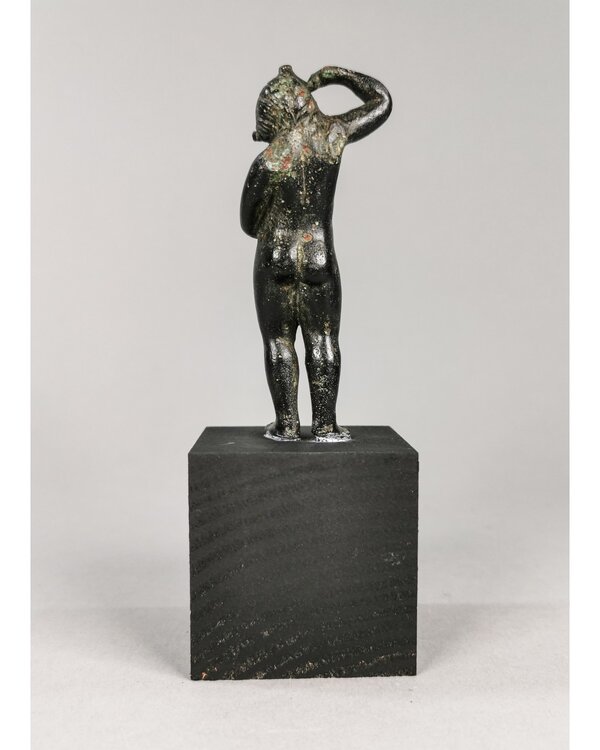 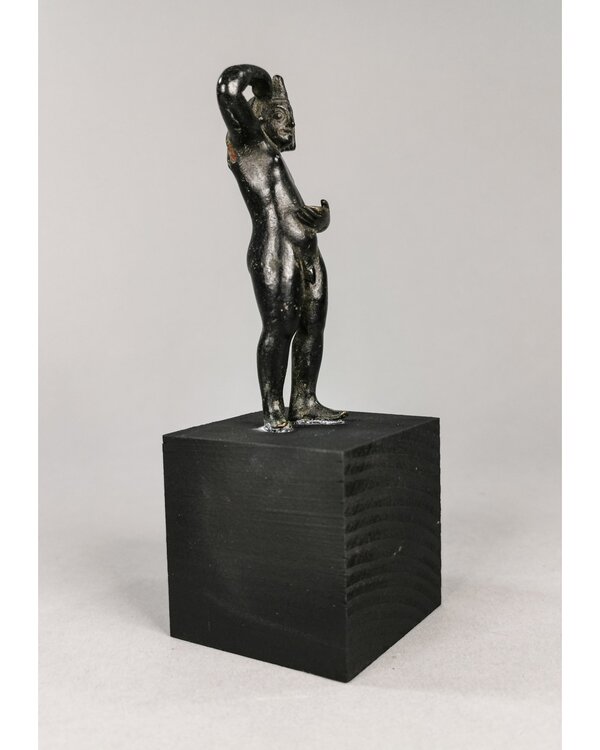 Antiquities 335 RARE ROMAN FIGURINE OF GOD ATTIS
Ca. 200 AD. Rare Ancient cast bronze figurine of the god Attis depicted as young male with Phrygian hat. Attis was the consort of Cybele in Phrygian and Greek mythology. His priests were eunuchs, the Galli, as explained by origin myths pertaining to Attis and castration. Attis was also a Phrygian god of vegetation. In his self-mutilation, death, and resurrection he represents the fruits of the earth which die in winter only to rise again in the spring. Good condition; on custom stand; H:140mm/H:90mm(without stand);5.51/3.54in; 200gr; Provenance: Ex. London gallery; previously from a British collection formed in the 1970s.
Closed at: 2019-11-24 12:00:00 Rome Time
Login to see auctions results
Watch this lot Print Sylloge App
Email: enquiries@paxromana.auction
Mobile: +44 585 515 618
Tel: +44 742 499 4167